4 things your prospects never tell you during enrollment conversations… and what to do about it!

Here’s some free coaching for YOU: One of the greatest coaching skills you can master is the skill to hear what’s NOT being said. Do you know what’s going through a prospect’s mind, for example, when you’re having an enrollment conversation and she says she can’t afford to work with you, doesn’t have time for coaching, or doesn’t know if your coaching is right for her? What she’s NOT saying is just as important as what she is saying—if not more so. Learn more in this new training video I made, here: 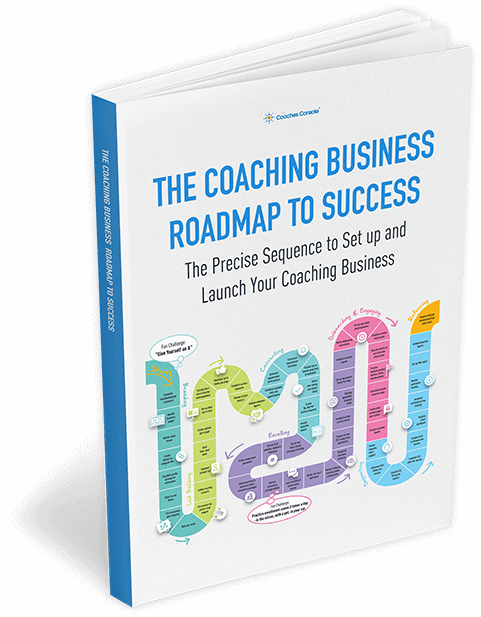 Now that you know what people aren’t saying when they raise objections during enrollment conversations, you know the secret to having much more effective conversations.

Now, I’d like to offer you a complimentary resource designed to help you leverage your time, money, energy, and resources to run your business like a well-oiled machine! It’s The Coaching Business Roadmap to Success: The Precise Sequence to Set up and Launch Your Coaching Business—Fast! Go here to grab it:

Discover The Behind-The-Scenes Magic That Makes Your Biz Run Smoothly.

Hey, there! Today I want to share with you four things that, when you’re having enrollment conversations, or maybe you call it sample sessions, or a sales conversation, four things your prospects will never say to.

You now, there are four things that we’ll hear a lot, and it usually goes something like this: during that conversation they might say to you is “I can’t afford this, I don’t have the money right now.” Right? That’s one of the common objections that comes up. The second one that you’ll hear is “I don’t have enough time, I’m too over committed, I’m involved in other stuff”, or different variations of it it’s another objection. The third one is “I need to talk to my spouse, or my partner, my wife”, or whatever, some variation of that. They’ll also tell you that. And then the other one that they’ll also tell you will be some variation of “I don’t think this is right for me.” That’s what they will tell you.

What they won’t tell you is, when they talk about “I can’t afford it”, what they’re really saying – or not saying – what’s really going on is they don’t yet see the value in what your services will do for them. So it’s not a money issue, it’s a value; they don’t see the value issue. When somebody shares time “I don’t have enough time” what they’re really saying is “I’m not prioritizing this in my life yet”, or “I don’t know how to prioritize this in my life”, so it’s not a time issue, it’s a priority issue. When they say “I need to talk to my spouse” it’s a tricky one, because they might need to. But one of the things I like to do is make sure “are they committed?” Don’t let them, because what they’re not telling you is: “I’m blaming my spouse, because they’re not here to defend themselves, so it’s a lot easier for me to wiggle out of this conversation.” So that’s what’s going on underneath it.

And then, the last one is, what they’re not telling you is: “I don’t trust myself to follow through on what you’re telling me is possible.” So the next time you’re in the enrollment conversation, listen to what’s not being said. It’s one of the greatest coaching skills out there, it’s one of my favorite coaching skills. Listen to what’s not being said. They might be saying with their mouth
“I can’t afford this”, but listen underneath that, hear what’s not being said, and address the real concern. You’ll have more effective conversations, you’ll get to the heart of the issue, you can bring your coaching into these conversations, and coach them in the clarity and commitment, and have a much more effective enrollment conversation, to get those clients saying “yes”, or get them clear in their “no”. Whichever one, we want them to be clear.